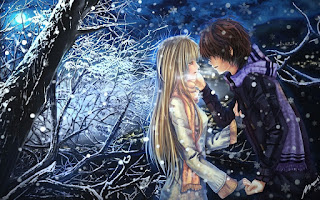 The Church bells chimed as i knelt down. Very careful not to crumple my silk saree, i intently watch the floor, lost in a plethora of raging emotions. The business statistics answer sheet had been submitted in half an hour. I tried to imagine the look on the examiner's face when he sees almost nothing in the paper-except a few hearts and arrows, interjected with few question marks.

A quick glance at my watch the millionth time, my cousin brother rolls his eye upward. It is almost an hour past the time they had mentioned to meet us. The evening sun was painting the Church in hues of fuschia and orange. My nerves knot in tension as i sit ramrod straight staring at the floor tiles. My uncle who had been waiting outside for the prospective groom and his brother scurries to us. Picking up the cue, i turn away.


Footsteps fast approached us, as i looked upon the white sports shoe and lifted my eyes. Though i had already seen his picture, the man himself standing beside me was almost a dream come true. Tall, lithe, languid and vibrating with laughter- he stood bathed in the evening sun- a glorious Greek God. My heart beat palpable, i stood up and threw him a timid smile. Not that i was bowled over now, i had already fallen for the man seeing his button- up picture- hook, line and sinker.

I still remember the phone call he made to me the month before. Engrossed in my business statistics, i went dead still when mom pronounced- "here is a call for you from him". Him...the man whose picture was hidden secretly under my pillow. My books flew, my pen went for a toss and by the time i reached the phone, i was breathless. Mother held the landline, as my shaking hands picked the cordless phone. "Hello", i tried to say so timidly as possible. The voice boomed on the other side- " Hello, do you love me? Will you marry me?" No preamble, no introduction. A glimpse of his direct and honest approach. Mother erupted in raptures and i still don't remember what and how i answered him. I was just waiting for the day when we would meet, checking and rechecking my questionnaire to him!

Chest high to him, i tried to look straight at his face when he was looking the other way. The suppressed smile on his face showed he was amused- he found something funny. After the initial introductions, i scratched my aunt's palm so hard that she winced. Finally we were given the few precious minutes of 'us' time. All the issues i had planned to discuss just didn't cross my mind. I could remember nothing, my mind just went blank.

" I will not be home like usual husbands"- was the first sentence he spoke. And smiling, i did answer- " I can never be home like the usual wife". We broke into laughter at this and i still do not remember rest of the conversation. All that i could remember was that they arranged a formal meet of elders. Unfortunately, me the clumsy girl of the entire class- rammed her two wheeler in the parapet wall, as he stood watching with mock horror in his eyes! A glimpse of what his future wife would be! The meet of elders went well, with fits of rage and laughter. They had agreed for an early wedding. I was waiting for a opportunity to meet him and God heard my prayers... How?

To be continued...
p.s.: Hope you all had a great Valentine's Day!
p.p.s.: I got through a promotion exam and will be starting my training shortly. Thank God, people of my city can now ride a train without a fight!
p.p.p.s.: Planning to buy an Italian chopper soon. Aircraft fuel might be cheaper than petrol in near future, guys! And i can always get the chopper free from Raul & Co. ;)