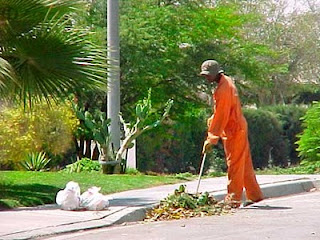 I came across an article recently by Saad Al Dossary in Arab News which was down right racist and pathetic. It throws a poor light on Expats as a whole portraying them as plunderers of Saudi wealth. It is quite natural for Saudis to think Expats rob them of their jobs, but there are many questions that remain unanswered. Here are the excerpts from the article-

"
FOREIGNERS working in the Kingdom transferred a total of SR90 billion to their home countries last year.

If we divide this figure by seven million (the approximate number of expatriates in the Kingdom), then the average transfer per person per month is SR1,072.
This amount may be correct as far as foreigners who abide by the Kingdom’s rules and regulations are concerned. However, those who reside in the Kingdom illegally transfer amounts several times higher than this. This is possible for them in the absence of stringent monitoring of both their revenues and transfers.
There are also foreigners who work in specialist sectors such as the engineering, medical, banking, technical and IT sectors. They earn large salaries. Is there any logic in thinking that such workers send remittances amounting to only SR1,072 per month?
I do not know where this figure has come from? What advantage is there in anybody circulating such incorrect figures? Do they wish to play down our fears? Are we going to believe that this figure is true, as we know the actual figure is much higher than this?
If we assume that 1 million foreigners, out of the total 7 million, are working in the aforesaid specialist categories and earning large salaries, then each one might be transferring at least SR10,000 per month to their countries. That means that they send a total remittance of SR120 billion per annum, which is a 30 percent increase in the total remittance. Then, what about the remittances of the remaining 6 million foreigners?
Just imagine a situation in which our jobless young men and women were to receive these salaries instead of foreigners who transfer their earnings to their home countries."

I felt sorry for the writer of this article, people like him spread nothing but hatred. On average, the Asian Expats occupy middle order to low order jobs here. From administrator to sweepers, Indians occupy all lowly positions, marred by Kafeel ( sponsor) system here. The passports of all wokers are retained with the employer and his permission is needed to leave the country. As a result, many lowly paid workers and labourers find life a misery, on an average an Indian labourer spends almost 20 years in this country, visiting his homeland once in two years or three years on a leave of one month. These people lose their family lives, cannot visit home even for sudden deaths of near and dear. Looking back, the current state of the Gulf today is the blood and sweat and lives of these poor Indian and other Asian Expats who are paid a meagre 300 to 3000 SAR a month. Dressed in orange cover alls, they brave the sand and the chills, the heat and the sweat, cleaning the streets with distant memories of their loved ones.

Then who earns the lump sum pay? Other Arabs- Egyptians, Syrians, Lebanese and Europeans. These are the lucky lot who land in plump posts, mostly managerial and it is indeed ironical they are paid three times the salary paid to an Asian in the same job! Saudization drive is going on full swing here, atleast 5% of work force must be Saudis here, that is implemented, but there is no pay parity again. I can understand the locals being paid well, again three times the standard rate paid for Asians, for this is their nation where many of them remain unemployed, armed with degrees. In general, Saudi employers prefer Asians over Saudis as they can pay less for the same position if they employ an Asian. Everybody benefits from this, so what is wrong if expats send home the money? They have families to maintain back home, children studying, parents to be taken care of. Of course they benefit from no taxation on pay received here, but has anyone thought of what they lose? Their youth, their family lives, their happiness, the smiles of their little ones, the first 'ba, ba' from their little ones' mouth. Is this a fair bargain? I still dont know...

Portraying these poor men who pick up trash being thrown on streets and maids who clean their homes as Hawala mafias is in very bad taste. Step motherly treatment meted out to Asian expats is something that has to change here. Instead of blaming the Asian expats, it would be better to replace all top positions occupied by other Arabs, Egyptians and Europeans by qualified Saudis. Why blame low paid sweepers and maids as people who snatch away Saudi jobs?
Posted by Cloud Nine at 13:30